According to a report, the official published statistics between the years 2000 to 2019 showed the average number of pilgrims to be 2,269,145 each year. it was also mentioned that amongst these pilgrims, 671,983 were Saudi locals while the remaining 1,564,710 attendees belonged to countries other than Saudi Arabia.

Hajj is an Islamic pilgrimage, performed each year in the Holy city of Makkah in Saudi Arabia.

Hajj is an obligatory religious act, to be performed once in their lifetime by all those, who have the means (both financially and physically) of performing the religious duty. Other favorable circumstances may include the physical capability of a person to undertake the journey and to have enough means to support his family during his absence from his home.

The literal meaning of the term Hajj is “to undertake a journey.” This meaning is depicted by the Muslim pilgrims both physically and spiritually.

When the pilgrim is about 10 km from Makkah, he or she enters the state of purity, known as ‘Ihram’, and puts on the garments of Ihram.

After walking seven times around the Khaana e Ka’aba and touching (or kissing) the Black Stone ‘Hajar al Aswad,’ the pilgrims pray twice in the direction of Muqaam e Ibrahim and the Ka’aba.

When do the Muslims perform Hajj?

The rites of Hajj are performed from the 8th to the 12th or the 13th of the last month of the Islamic calendar. These rites extend for around 5 to 6 days in total.

Because the Islamic calendar is based on the Lunar sightings, the Islamic year is approximately 11 days shorter than the Gregorian year. It is for this reason that the date of Hajj is not specified and varies in terms of the Gregorian calendar.

In the year 2020, the Gregorian date for performing Hajj extended from July. 28th to August. 2nd.

According to the Gregorian Calendar, the dates of Hajj for the year 2021 will fall on July, 17th and will extend to July. 22nd.

The dates, however, are not confirmed and may vary by a few days based upon the Lunar sightings.

Significance of Hajj for the Muslims:-

Hajj is associated, not only with religious significance for the Muslims but spiritual and social significance as well.

The foremost social significance is that Muslims from all over the world unite to perform the Commandment of Allah, irrespective of their race or caste, color, or creed. This symbolizes equality at its best.

Another social virtue that is noted at the time of performing the rites of Hajj is tolerance. Muslims are advised to act with tolerance with their fellow Muslim brothers and to forgive people for their mistakes which they may make at the time of Hajj.

A study conducted in 2008, on the impact of participating in the Islamic pilgrimage (Hajj) showed that the Muslim community become much more tolerant and develop a positive attitude after performing Hajj.

Another study conducted in association with the Harvard University’s John F. Kennedy School of Government shows that the Hajis (people who perform Hajj) develop increased belief in peace, equality, and harmony among the adherents of different religions.

Now, the spiritual merit that is followed by the Holy rituals of Hajj is the opportunity of self-renewal for the pilgrims. It is said and believed that the person who performs hajj comes back as if he were just born, free from any sin.

Hajj is a reminder for the Muslims that a day will come when all the people will have to surrender themselves to God and will be held accountable for their acts on the Day of Judgement.

It is also proven that the performance of Hajj leads to the establishment of a better environment for women, both in literary and social aspects.

Apart from these, there is a myriad of other merits of performing Hajj, as articulated by many Hadiths.

What is Saudi Arabia’s conduct towards the performance of Hajj during the times of Covid 19?

The outbreak of the menacing global pandemic, commonly known as the COVID-19 to COVID-21 affected Hajj in the year 2020.

Considering the highly contagious nature of the global pandemic in Covid 19, the Ministry of Hajj and Umrah advised the Muslims to postpone their pilgrimage until the mitigation of the pandemic.

Even though it was planned to cancel Hajj for the year 2020 in February, the Ministry decided to lift the restriction on Hajj for people of all nationalities, residing in Saudi Arabia only. The foreigners were still banned from performing Hajj, keeping in mind the safety of the pilgrims and to prevent further transmission of the intimidating pandemic.

However, in spite of the lift in the restriction of Hajj, there were a number of precautionary measures which were taken into account.

Firstly, it was decided that merely ten thousand pilgrims would be allowed to performed Hajj, as compared to over two million Muslims in the past few years.

Secondly, it was announced that Hajj applications would be filled and submitted online. Preference would be given to those Muslims, who had not performed Hajj in the past.

The Ministry of Hajj and Umrah also declared that only those people would be allowed to attend Hajj, who showed no symptoms of the contagious virus Covis 19; and those who were healthy Saudi residents between the ages of 20 to 50 years.

In addition to this, a number of safety measures were adopted. The Muslims selected to perform Hajj in the year 2020 were required to quarantine themselves before their arrival at Makkah.

All the pilgrims were divided into groups of 20 individuals; all the groups being accompanied by a guide throughout the performance of Hajj. A good distance of two meters was also kept between the pilgrims inside the Mosque.

Will the Muslims be allowed to perform Hajj in 2021?

The Saudi Ministry of Hajj and Umrah has stated that people immunized against the global pandemic Covid 19 will be granted a permit to perform Umrah in the year 2021, starting from the 9th month of the Islamic calendar, that is Ramadan.

However, it is not clear up till now whether the same policy would be applicable for the annual Hajj pilgrimage later this year or not.

Further information in this regard will be received upon notifications by the Saudi Ministry of Hajj and Umrah.

Pilgrim quota for the Muslims of Pakistan for the year 2021

The Ministry of Religious Affairs had announced that the Hajj quota of 179,210 pilgrims was allocated to Pakistan in 2021 by the Ministry of Hajj in the Kingdom of Saudi Arabia (KSA).

Out of these 179,210 pilgrims, 119,473 Muslims will be performing Hajj under the Government quota while the remaining 59,737 people will be permitted to perform Hajj privately.

However, no further details have been received in this regard as yet.

The procedure of getting a Hajj Visa

The procedure of getting a Hajj Visa, if the Saudi Government permits the presence of foreigners in the Hajj rituals for the year 2021, is as follows:

The application forms for Hajj Visas are to be obtained from your nearest Saudi Consulate. However, it is recommended to book a licensed travel agent, who will arrange for you a visa, as well as other travel accommodations which you may need to perform Hajj in 2021.

Hajj visas are issued from Mid Shawwal till the 25th of Dhul Qa’dah each year.

The Hajj and Umrah Visas are free of cost. However, Muslims selected for pilgrimage will have to pay some amount to cover the cost of guides, ZamZam water, transportation cost, and tent accommodations. The current level of these charges can be asked by the Saudi Consulate.

The following are the requirements for Hajj visas:-

A passport valid for at least 6 months and acceptable for entry to Saudi Arabia is to be submitted.

A recent passport-sized photograph with white background is also required. Note: The photograph should be a full-face view with the applicant, facing the camera.

The application form is to be completed and submitted alongside the passport and the photograph. It should be filled in black ink and should contain the stamp and signature of the authorized travel agency.

The Mahram is required to fill in his complete particulars in case he is traveling with his spouse and/ or children. He is also required to produce birth certificates and marriage certificate for reference.

Note: Women over 45 years of age may travel without a Mehram, and with an organized group, provided that she presents a letter of ‘no objection’ from a Mehram. This letter is to be endorsed.

People belonging to countries other than Saudi Arabia, applying for Hajj are required to submit documented proof of legal residence status.

Similarly, people who have converted to Islam from any other religion or belief are also required to present an Islamic certificate, which must be notarized by an Islamic Center.

Can children accompany their parents on Hajj?

Generally, children under the age of eighteen years are allowed to accompany their parents on Hajj.

However, keeping in mind the current situation of the menacing global pandemic Covid 19, the Government of Saudi Arabia has restricted anyone, below 20 and above 50 years of age to perform Hajj.

Thus, children will not be allowed to accompany their parents on Hajj in the year 2021.

It is also to be mentioned that the Hajj and Umrah travel plans if made through an agent, should be made by a Saudi government-approved travel agent.

If in case, a person travels with an unapproved travel agent, it may lead to:

Similarly, if a person overstays his Hajj or Umrah visa, which is valid for 90 days for one visit, it may result in:

Note: Even though Saudi Visas are valid for 365 days, allowing a one-time stay of 90 days and multiple visits, the government revises its departure requirements each year. So it is best advised to comply with the laws of the Kingdom of Saudi Arabia (KSA).

Hajj– a fundamental Pilgrim of Islam, if performed with piety and devoutness, clears a person from all his sins. It is, indeed a great blessing from Allah to the whole of the Muslim Ummah.

We, as Muslims, should perform Hajj, at least once in our lifetimes and should pray to Allah that we too get a chance to get a sight of His House.

With this said, this article has reached its conclusion. That was all for this article. Until next time. It’s a wrap!

This is Scholarship Sharing team that writes and shares content for the students to apply for different available opportunities around the world. 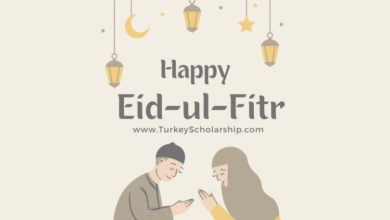